Click here for all my WWE SmackDown Live Transcriptions.

It’s good to be back. There is nothing more that Becky Lynch likes doing than stand in this ring and fight, but The Man has something to say. There was a time when no one was paying attention to her. Now everyone has an opinion about how The Man should be acting. The only thing The Man should be doing is main eventing WrestleMania and slapping the heads of everyone getting in her way. That reality starts in five days at the Royal Rumble. Becky has watched Asuka clean out NXT, steamroll her way through the main roster and become one of the best wrestlers in the world.

However, Becky is better. Asuka never beat her for that title and that’s not eating Asuka up tells Becky everything she knows about her as a woman. She and all of the others are warming them on the fire that she lit. That all changes on Sunday when she takes her title back. She dethroned the queen and she will break the Empress because she will walk through fire and she will walk through hell. Asuka comes out to interrupt Becky. Asuka starts bickering with Becky. Charlotte Flair appears on the stage.

As much as she is looking forward to the SmackDown Women’s Title Match, nothing will be more exciting on Sunday than her throwing 29 women over the top rope and winning the Royal Rumble.  You talk about the choices. Ronda versus Sasha. Charlotte has beaten Sasha more times than she can talk. She destroyed Ronda. Then you have Asuka versus Becky. Last year, Charlotte broke Asuka’s undefeated streak. The Man may have owned her for the last few months, but Charlotte has owned this division for 4 years and she is the main event. Asuka attacks Becky from behind. Asuka and Becky starts brawling all over the ringside area.

.@NaomiWWE is NOT holding back tonight as she CLASHES with @WWE_MandyRose on #SDLive. pic.twitter.com/34yYnRVCvI

Naomi attacks Rose before the bell rings. Naomi is throwing forearms at Rose. Naomi slams Rose head on the ring apron. Naomi rolls Rose back into the ring. Rose slaps Naomi in the face. Naomi responds with a series of palm strikes. Naomi blasts Rose with a knife edge chop. Rose is regaining her composure on the outside. Naomi tells Rose to bring it. Collar and Elbow Tie Up. Rose brings Naomi to the corner. Rose repeatedly stomps on Naomi’s chest. Naomi kicks Rose in the jaw. Following a snap mare takeover, Naomi drops Rose with a Sliding Clothesline. Naomi with a Leg Drop for a two count.

Naomi applies an arm-bar. Naomi bodyslams Rose. Naomi with a Split Leg Drop. Naomi applies a front face lock. Naomi rams her shoulders into the midsection of Rose. Naomi is distracted by Deville. Rose attacks Naomi from behind. Rose with the cover for a two count. Rose transitions into a ground and pound attack. Rose applies a rear chin lock. Naomi gets back to a vertical base. Naomi rolls Rose over for a one count.

Sheamus immediately runs interference after the bell rings. Cesaro with a series of european uppercuts. Cesaro with a GutWrench Suplex. Cesaro applies a side headlock. Miz goes for a leapfrog, but Cesaro counters with a Tilt-A-Whirl BackBreaker for a two count. Miz reverses out of the irish whip from Cesaro. Miz blocks a boot from Cesaro. Miz repeatedly kicks the left hamstring of Cesaro. Cesaro decks Miz with a back elbow smash. Miz applies The Figure Four Leg Lock.

Sheamus drags Cesaro out of the ring. Miz goes for a Wrecking Ball Dropkick, but The Bar ducks out of the way. Miz starts punching Sheamus. Cesaro uppercuts Miz. Miz and Cesaro are trading back and forth shots. Miz with clubbing IT! Kicks. Miz follows that with Two Corner Dropkicks. Miz hits The Awesome Clothesline. Cesaro uppercuts Miz in mid-air. Shane McMahon shoves Cesaro’s foot off the second rope.

Sheamus attacks Shane from behind. Miz rolls Cesaro over for a two count. Miz goes for a Skull Crushing Finale, but Cesaro counters with three sharp elbow strikes. Sheamus nails Miz with a High Knee Strike. Cesaro plants Miz with The Neutralizer to pickup the victory. After the match, Shane starts teeing off on The Bar. Shane ascends to the top turnbuckle. Sheamus drives Miz shoulder first into the steel ring post. The Bar puts Miz and Shane McMahon through the announce table.

Vince McMahon will reserve comment about what happened to his son and his tag team partner. Vince brings out probably the two most passionate WWE Superstars of all time, AJ Styles and Daniel Bryan. Bryan refuses to enter the ring. Bryan will not fall for this trap and will not get in the ring with a sociopath. The man who slammed him into processed animal carcasses. Bryan is too embarrassed to step in the ring with Styles. As he watched Styles pander and peddle to the people eat hot dogs and walk around like billboards for him. Bryan had a vision of the future with AJ Styles as champion. That is an ignorant and illiterate future.

Styles uses his power to get fame and money. Bryan uses his power for the greater good. Is the greater good having Daniel Bryan sound like a jackass? That is why the people want him to be champion. He makes them laugh and cheer and get out of their seats. They do not feel guilty or feel bad about themselves. Bryan doesn’t care about their feelings. Bryan is not The People’s Champion, he is the planet’s champion. The planet does not need AJ Styles, but it needs him. He will be the planet’s voice. Styles says that if the planet had a voice, it would be screaming for Bryan to shut up.

Bryan didn’t pedal his bike to the building. He flew on a plane like AJ did. There is a word for that. Fickle! Bryan is scared to enter the ring with Styles. Styles has seen that look in his opponent’s eyes and that was fear. Bryan is afraid of what is going to happen in five days at the Royal Rumble. He should be. He corrupted his morals for one thing, the WWE Championship. What happens when AJ Styles takes that one thing away from him? What will he have left? Nothing. Vince McMahon doesn’t care what Carl Sagan had to say.

The entire baby boomer generation are the great parasites of this world. These people bow down to you but your generation takes and never gives back. You care about profit over this planet and these people bow for you. You pulled this magic trick while you hide the environmental damage you have caused for social media. You are in the back hoarding all the wealth and the people ignore you. You have created an environment where AJ Styles can be a hero. Vince wants Bryan to cut the charade. Styles says that this face to face conversation doesn’t have to happen in the ring. Styles and Bryan are brawling around the ringside area. Styles sets up for The Phenomenal Forearm, but Bryan ducks out of the way.

Joe is controlling the pace of the match. Ali has nowhere to move. Joe applies a bow and arrow stretch. Ali drives his knee into the midsection of Joe. Joe with a back elbow strike for a two count. Joe kicks Ali in the back. Joe bounces Ali’s head on the top turnbuckle pad. Joe with another collection of jabs. Ali is throwing haymakers at Joe. Joe with a Running Back Elbow Smash. Joe follows that with a CSS Enzuigiri for a two count.

Joe applies the cravate. Ali is trying to create separation. Joe with a Knee Lift. Ali responds with a Roll Through X-Factor. Ali ducks a clothesline from Joe. Ali with Two Dropkicks. Ali lands a Suicide Dive. Ali with a Flying Crossbody Block off the barricade. Ali with a ground and pound attack on the floor. Ali kicks Joe in the chest. Ali with Two SuperKicks. Ali connects with a Tornado DDT for a two count. Joe negates The 054. Joe makes Ali tap out to The Coquina Clutch. 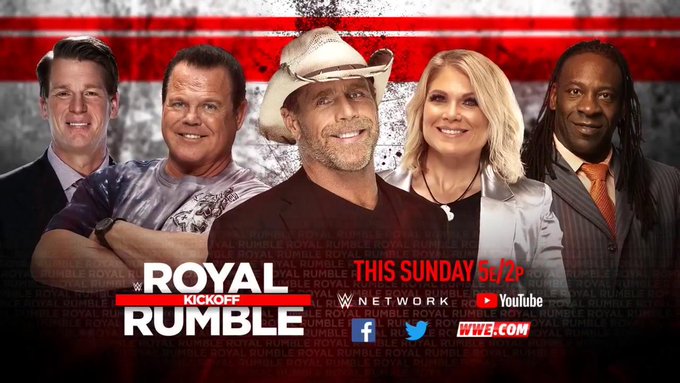 3.) The Bar (c) vs. The Miz & Shane McMahon For The WWE SmackDown Live Tag Team Championship

4.) Daniel Bryan (c) vs. AJ Styles For The WWE Championship

Fourth Match: Andrade Cien Almas vs. Rey Mysterio in a Two Out Of Three Falls Match

Who will take the win?! #SDLive pic.twitter.com/hRopLMiA4I

Almas goes for a ShotGun Meteora, but Mysterio ducks out of the way. Mysterio with a Step Up Enzuigiri. Mysterio follows that with a Sunset Bomb into the barricade. Mysterio rolls Almas back into the ring. Mysterio hits The West Coast Pop for a two count. Almas with a Rope Assisted Arm-Bar. Almas drives Mysterio shoulder first into the turnbuckles. Almas pays homage to Eddie Guerrero. Mysterio with two sharp elbow strikes. Mysterio kicks Almas in the chest. Mysterio goes for another Sunset Flip PowerBomb, but Almas lands back on his feet.