Tonight the WWE will finally begin taping the Inaugural and Historic WWE Mae Young Classic from Full Sail University. 32 Talented Women from all around the world will converge to Orlando, Florida to find out who’s the best women’s wrestler of the world. This is the very first women’s tournament special in the history of the WWE Network.

WWE Hall of Famers Jim Ross, Lita and Alundra Blayze will be providing the on-air coverage for this historic special. Your’s truly will be covering the tournament starting on August 28th. In this article I will be revealing my research for this tournament. For example, I’ll be revealing the move sets and resumes for all the 32 competitors. Also which country they’ll be representing just like the Cruiserweight Classic. The Mae Young Classic will go down as one of the most historic events in the history of professional wrestling.

* More moves and info for particular performers will be added throughout the Mae Young Classic Preview Special.

The Mae Young Bracketology Special will be on August 20th immediately following SummerSlam.

– Sage was trained by The Dudley Boyz. Sage has been wrestling for 10 years in SHINE, WXW and TNA. Also made separate appearances on NXT over the last couple of years. Former WXW Women’s Champion and the winner of WXW’s Elite 8 Tournament.

– Bianca was a Cross-Fit Specialist before getting signed to the WWE in 2016. Bianca is of the current members of the WWE Performance Center. Bianca defeated Aliyah in a Mae Young Classic Qualifying Match.

(Spear, Over The Head Back to Belly PileDriver, Elevated Double ChickenWing, Front PowerSlam and Hair Whip) 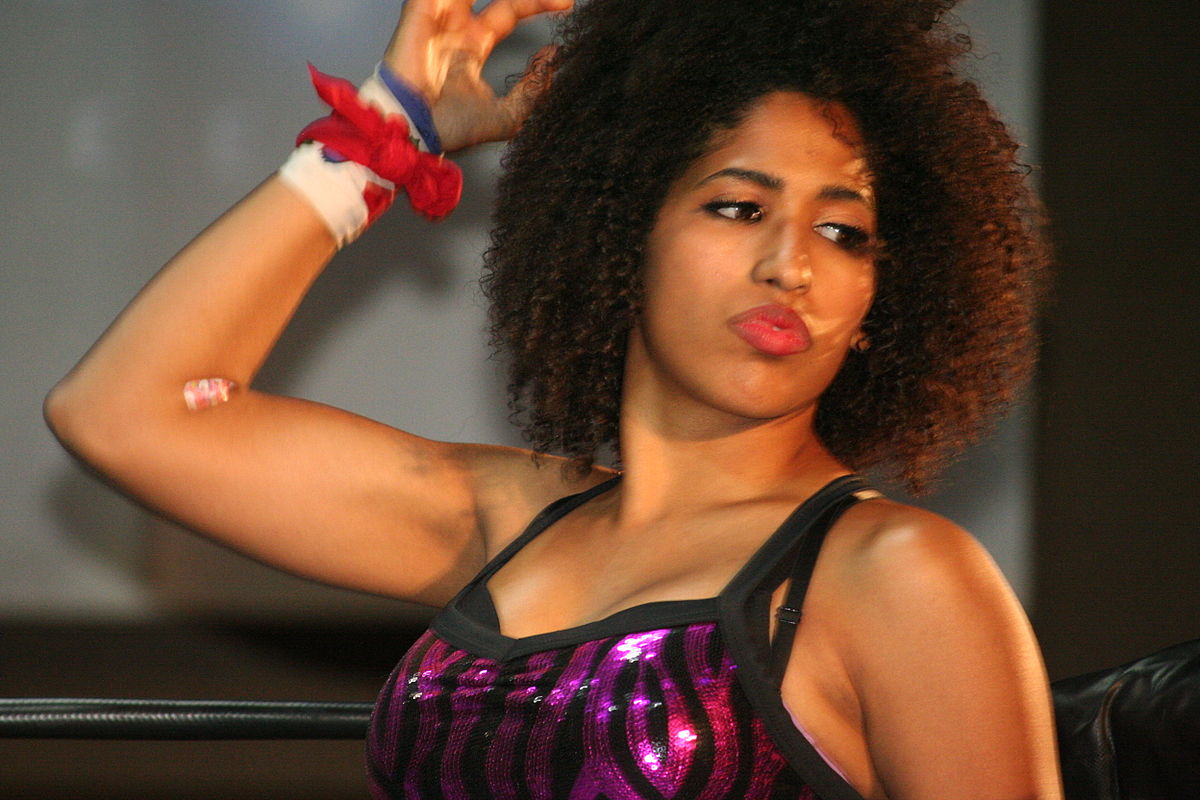 – Marti was trained by the legendary Johnny Rodz. Marti has been wrestling for 9 years in a slew of promotions like GFW, Evolve, Shimmer Women’s Athletes, Shine and WSU. Marti was formerly part of the Dollhouse Faction. Former WSU Spirit Champion, 2X WSU Tag Team Champion and Shine Tag Team Champion.

– Taynara has a Judo background. Taynara was signed to the WWE Performance Center in 2016.

– Kavita is an ex-Armed Border Forces Sub Inspector. She’s the first female WWE Superstar from India. Kavita was trained by The Great Khali.

– Lacey was former a Marine who was part of the SWAT Team. Lacey has been wrestling for three years and made her debut in WWE NXT in 2016. Lacey is a former APW World Heavyweight Champion.

– Santana has been wrestling for over 8 years. She was trained by WWE Hall of Famer Larry Zbyszko. Was part of TNA for 4 years. Santana has become the women’s champion for a bevy of promotions like APWA, CWE, JCW, NWA, Shine, Stardom and WOW.

– Dakota has been wrestling for a decade. She was trained by the Impact Pro Wrestling School. Best known as Evie, she was one of the major acts for PWA, Shimmer Women Athletes and Shine. Former PWWA and IPW Women’s Champion. Shimmer Tag Team Champion.

Abbey has been wrestling for 6 years. She got her start in the CZW Training Academy. She’s competed in CZW, WSU, Shine, Shimmer and Chikara. Abbey was signed to the WWE in 2016. Former Chikara Grand Champion, MCW Women’s Champion. Also Shimmer and Shine Tag Team Champion.

– Xia is one of the recent Chinese Signings to the WWE Performance Center.

Sarah has been wrestling for 6 years. She was trained by Mad Man Pondo, Mickie Knuckles and Taka Michinoku. She’s competed for a slew of promotions like D1W, IWA, WCCW, UWF, ICW, WXW, JCW, Shimmer and Ring of Honor. Is currently part of the NXT Women’s Division.

– Piper made her debut in wrestling in 2008. She was trained by local wrestling mentor Damian O’Connor and Mikey Whiplash. Was part of TNA’s British Boot Camp. Former W3L Women’s Champion.

– Mia has been wrestling for 8 years. She’s trained at the CZW Training Academy and Ring of Honor Dojo. Was part of TNA from 2013-2017. Former TNA Knockout’s Champion. Won the TNA World Cup in 2016. 2016 Queen of the Knockouts. Former Shine World Champion. 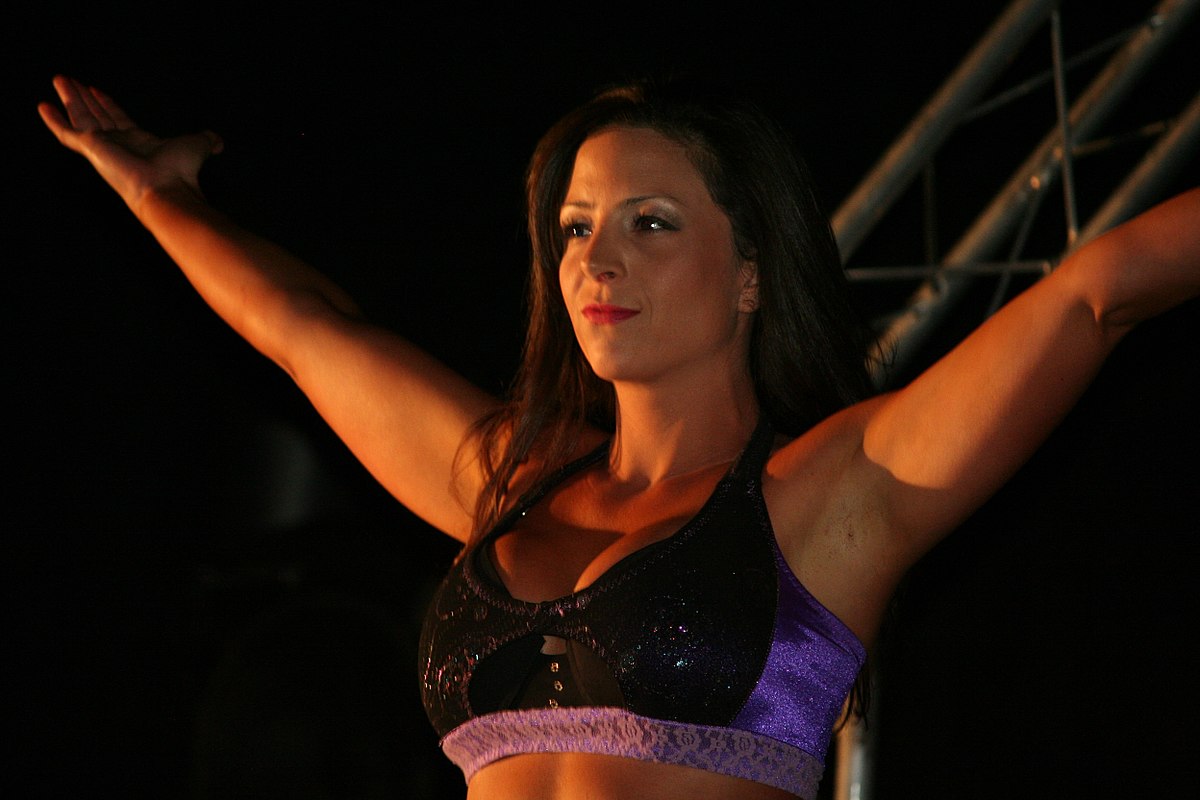 – Was signed to the WWE Performance Center in 2016. Reina is the daughter of former professional wrestler Ricky Gonzalez.

29.) Ayesha Raymond (UK). Ayesha was trained by the Knight Family

– Rhea made her wrestling debut in 2013. Rhea is known for performing in Riot City Wrestling and Professional Wrestling Alliance. 2X RCW Women’s Champion.

– Rachel made her wrestling debut in 2015. Rachel comes from the Lance Storm Wrestling Academy. She’s the daughter of WWE Hall of Famer, Paul Ellering.